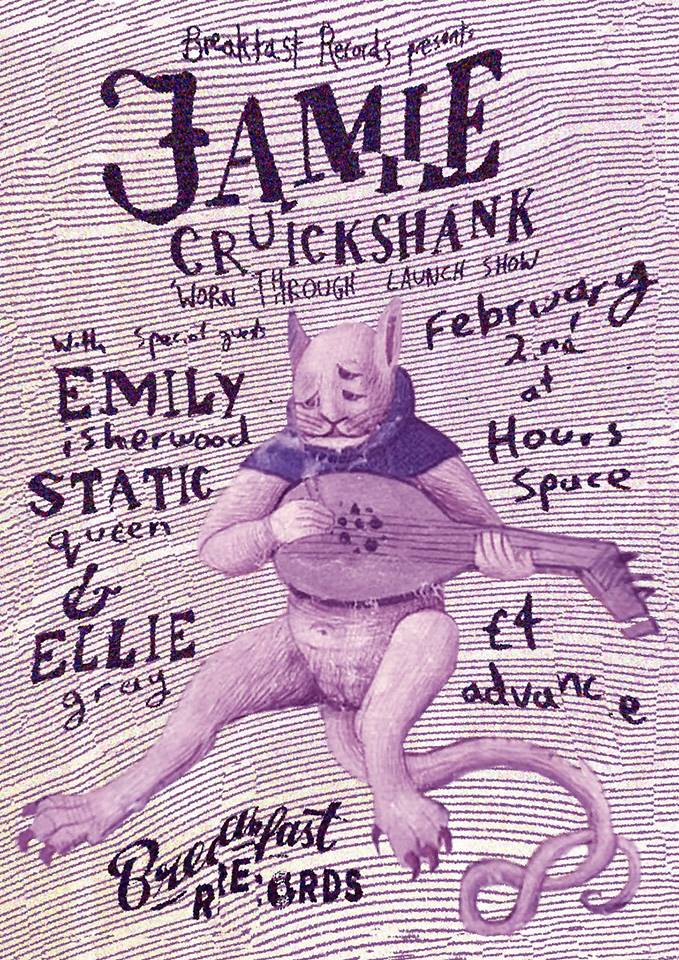 Saturday February 2nd 7.30 pm Tickets are £4 advance or £12 with a vinyl. Capacity at Hours Space is very limited. Once the tickets are gone they are gone.

Like a big fuzzy hug from the folk heroes of yesteryear, Jamie Cruickshank brings the genre seamlessly into the 21st century, creating unforgettable songs that are sure to steal your heart. He’s been sitting on Worn Through for some time now, and, aged to perfection, it is true euphoria to finally be releasing it. How these songs haven’t found their way onto vinyl sooner is anybody’s guess. With shining endorsements from fellow folk stalwarts such as Lucy Dacus and Fenne Lily, Jamie is a rare and vital talent within the current musical milieu.

With support from three of Bristol’s most important young songwriters, Emily Isherwood, Static Queen & Ellie Gray, this is sure to be a night to remember.